Run with the best of the best

#1 of the World, Brent Weigner (USA) quote:
I am currently leading the World Record by 8 countries. The KLM Aruba Marathon will be Marathon country number 158 and my overall marathon number 325.

#4 and #5 of the World, Yen Nguyen (USA) and Peter Bennett (USA) quote:
We are excited that you organize the upcoming Inaugural Aruba Marathon on June 3, 2018. We had been wanting to run a marathon in Aruba for a long time but there was none. Thanks to you, we now will have a well organized marathon to add to our countries list. We have ran 115 countries as of today. Currently, we are the WR holder for the most countries marathon run by a couple. You can check out our status on the “Country Marathon Club” website. As of 12/21/2017, our total lifetime counts for marathons/ultras are 672 for myself and 549 for Peter. I had ran 68 of the 100 Miler distance and Peter had ran 30 of the 100 Miler distance. I am only a one time Comrades finisher and Peter had finished Comrades 7 times. He is going for the green bib number. After 10 finishes, one will receive permanent bib number. If everything goes according to plan, we hope the Aruba Marathon will be our # 120 Country. We love running and runners. “Runacation” (running and vacation ) is just a great way to meet others runners and learning about the new culture and the local cuisine. Thanks again for all your hard work. Kind regards, Yen & Peter

#6 of the World, Richard Holmes (USA) and Jeanne Holmes (USA) quote:
Dr. Holmes is also a running fanatic. Since beginning Army Officer Candidate School in 1977, he has run over 99,000 miles (159,000 kilometers, almost four times the circumference of the earth). Aruba would be my 678th marathon/ultramarathon and 115th country in which I’ve completed a marathon/ultramarathon. My wife and I will both be in Aruba, she runs half-marathons and has run about 150 half-marathons in over 40 countries. 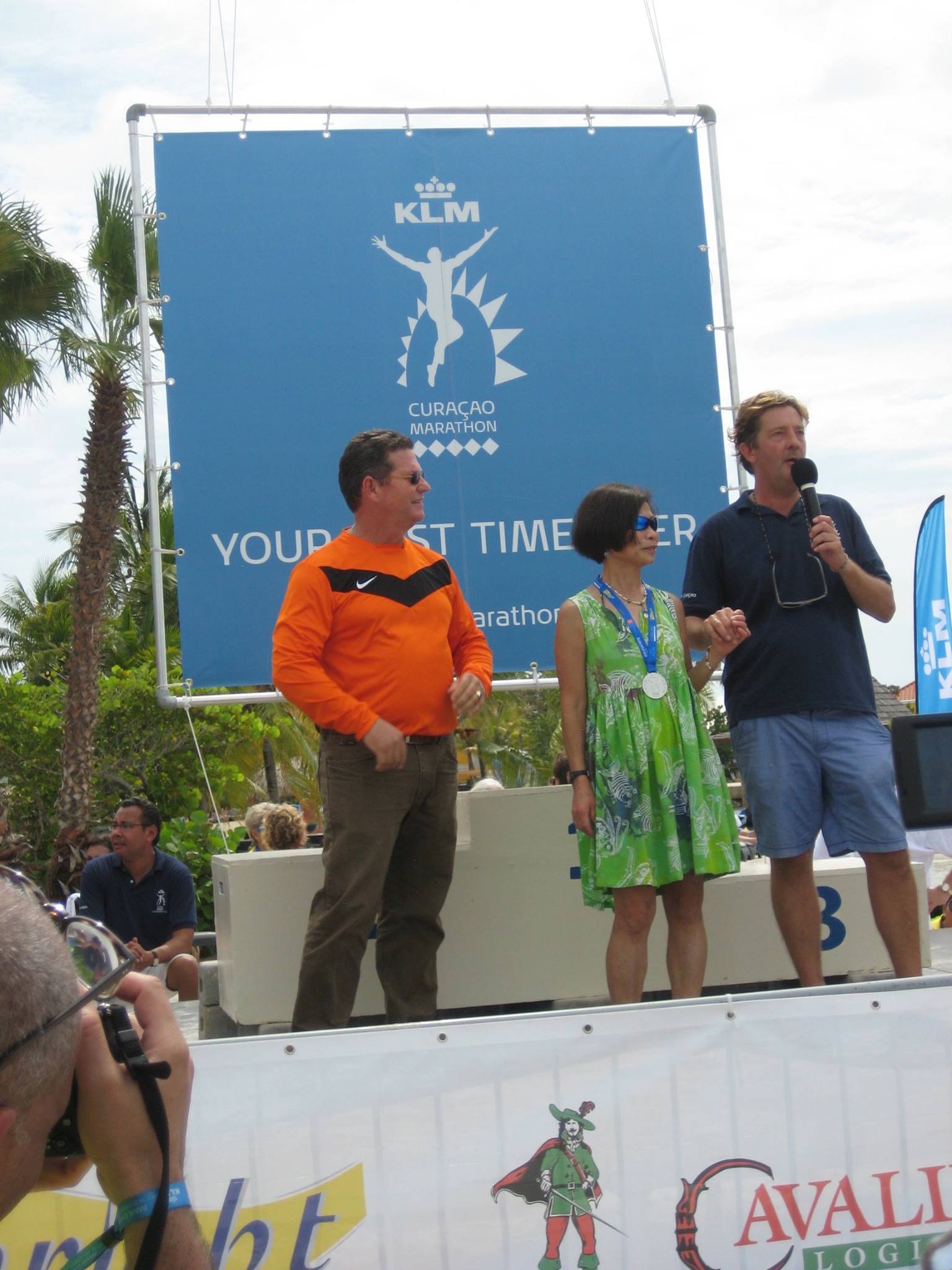 #23 of the World, Lichu Sloan (USA) quote:
Booked air and hotel! Very happy to know Run in the Sun is the organizer. A great one!
Her first race, the Freihofer's Run for Women 5K, was in 1997. Her first marathon was in 2000, and she finished second in her age group (4:17). A woman she knew who finished a minute faster was 20 years younger. Three months later, Sloan shaved 12 minutes from her time. She runs without music. Always. She likes the peace. She likes to run marathons and think about how the course could be improved. She likes to take in the scenery. She doesn't mind hearing runners talk to each other during races, but she hates the sound of heavy feet pounding pavement. She's like a pebble skipping over a pond. Mrs Sloan ran more than 200 marathons in 67 countries.